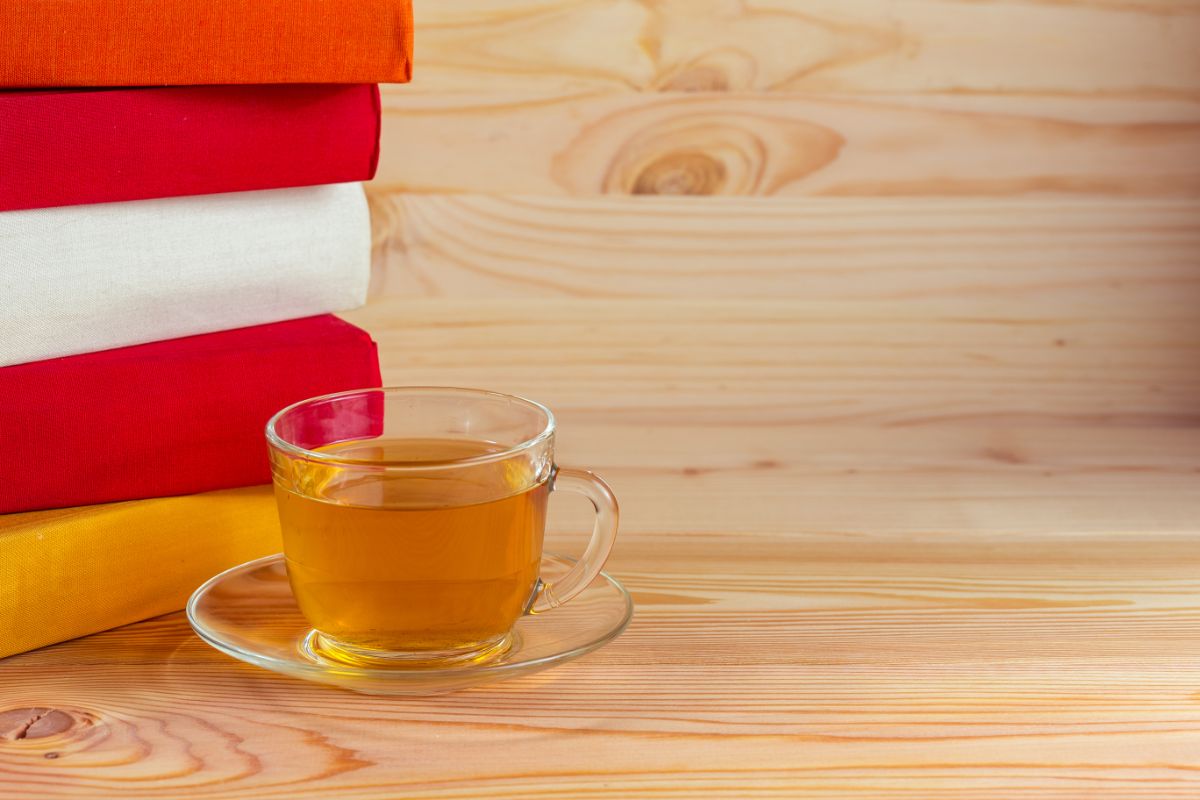 The 6 Best Teas To Drink While Studying

What are the best teas to drink while studying?

Studying for class, going through the next module of your online course, or self-teaching a new hobby — all of these activities require some serious brainpower. Prepping your brain with the right food is key to studying effectively, as your brain needs certain nutrients to better concentrate, dissect, and retain new information.

When it comes to brain nutrition, tea is one of the best drinks you could have! They’re effective in helping you study, and offer unique advantages when it comes to mind function.

A couple of cups of the best teas for studying may just be what you need to power through your next study sesh! 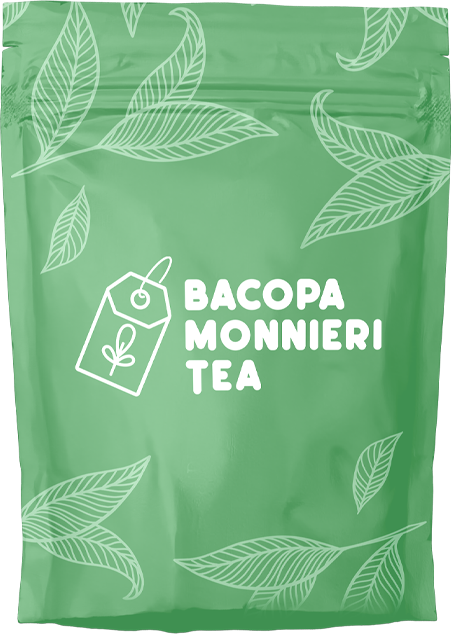 Bacopa Monnieri, also known as Brahmi, is a herb used in the natural system of medicine called Ayurveda. It’s incredibly popular in many cultures for its cognitive-boosting properties.

Several studies support the traditional claims that Bacopa Monnieri tea can improve one’s cognitive functions — particularly for memory, attention, and the ability to process information. Bacopa Monnieri does this by stimulating the growth of dendrites and brain cells, which your brain needs to make new neural pathways for memory recall. This makes it a very effective tea to drink when you need to study something new for class or work.

And, when most people study, they tend to feel somewhat anxious or stressed out due to the pressure — which Bacopa Monnieri can also help with. As an adaptogenic herb, it helps your body better respond and adapt to stress, and can also improve your mood overall.

You may be familiar with green tea — which is pretty similar to Matcha. It is also one of the best teas for studying! This is the pulverized version of green tea, and this process creates a tea with a more potent concentration of some key nutrients and antioxidants.

This means that Matcha delivers many of the same benefits as green tea, and more. Thanks to the potent dose of antioxidants it carries, drinking Matcha while studying can improve brain function, energy levels, and memorization. And, as it also has caffeine and L-theanine, it can provide a much-needed energy boost. These two functions make it a great option for anyone who gets drowsy or has trouble focusing while studying. 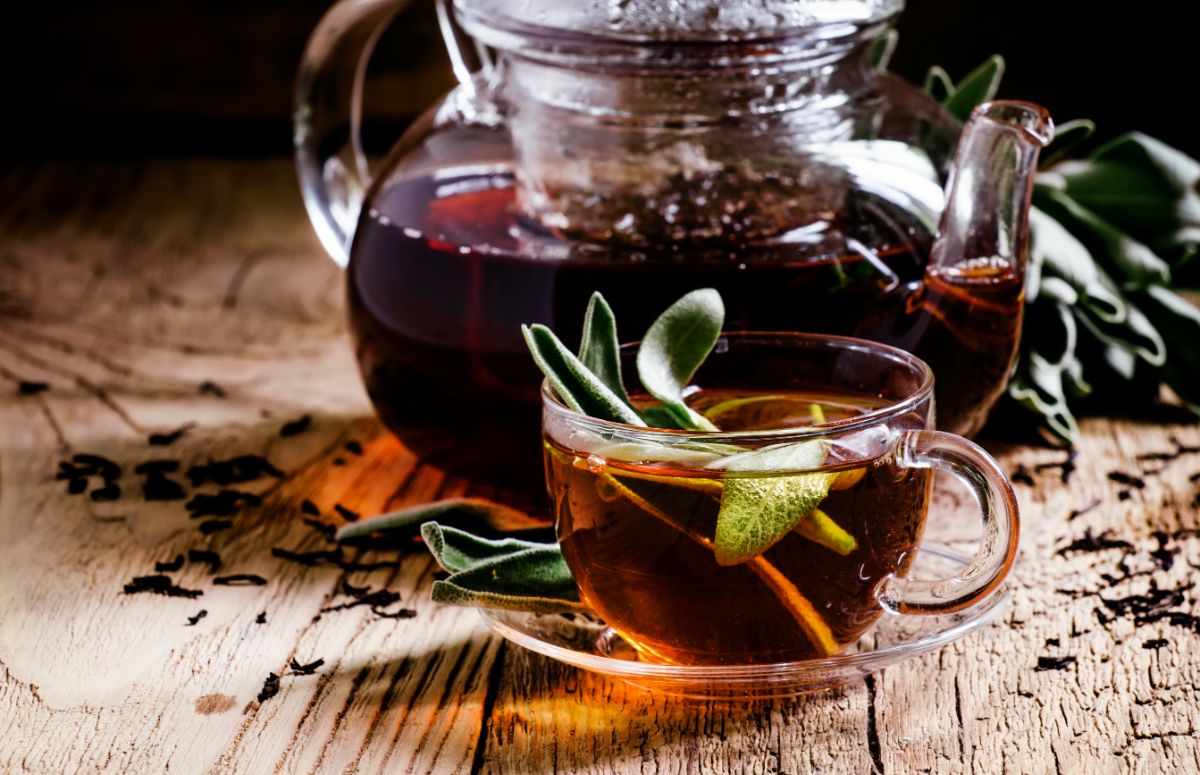 Sage tea, which is an aromatic infusion made from the leaves of common sage (Salvia officinalis), is another tea you should try while studying. While sage is most popular as a spice, it is also quite popular in alternative medicines for improving brain health.

Sage carries a variety of plant compounds that are beneficial for your health — particularly antioxidants. These compounds are key in their memory-boosting capabilities. One study found these antioxidants enabled participants who took sage tea to perform significantly better on memory recall tests than those who didn’t.

The effect of sage is so potent that another study found that participants who simply smelled the aroma of sage experienced boosted memory and mood, compared with a control group. Sipping on some sage tea while studying may be key to helping you memorize the essential details before taking a test.

Ginseng has long been consumed in its many forms by several Asian cultures. It’s an incredibly popular herb for its various beneficial effects on the body. In particular, Korean (also known as Asian) Ginseng is known as being stronger and more potent in supporting brain functions.

Regularly consuming Ginseng has many possible cognitive benefits you can receive:

However, the same studies showed that the improvements in memory, mood, and other effects of Ginseng tea were short-term. This may mean that the brain-boosting effect of Ginseng may wear off with time, or need regular consumption to be sustainable in the long run.

Yerba Maté, also known simply as Maté, is a kind of tea made in South America. It comes from the leaves of a flowering tree called Ilex paraguariensis. This tea may just offer the biggest energy boost out of all the teas on this list — great for a wake-up call during late-night study sessions. The best thing about it is that it boosts energy without caffeine, so you can avoid the jitters and crashes that you usually get from coffee.

Yerba Maté’s energy-boosting effect is so powerful that indigenous South Americans have been using it as a stimulant for hundreds of years. The key to this effect is not just the caffeine it contains, but also theobromine. Theobromine is a substance found in other foods like cocoa and is considered a type of nootropic. These two substances make it a go-to drink for many South American students prepping for their exams. 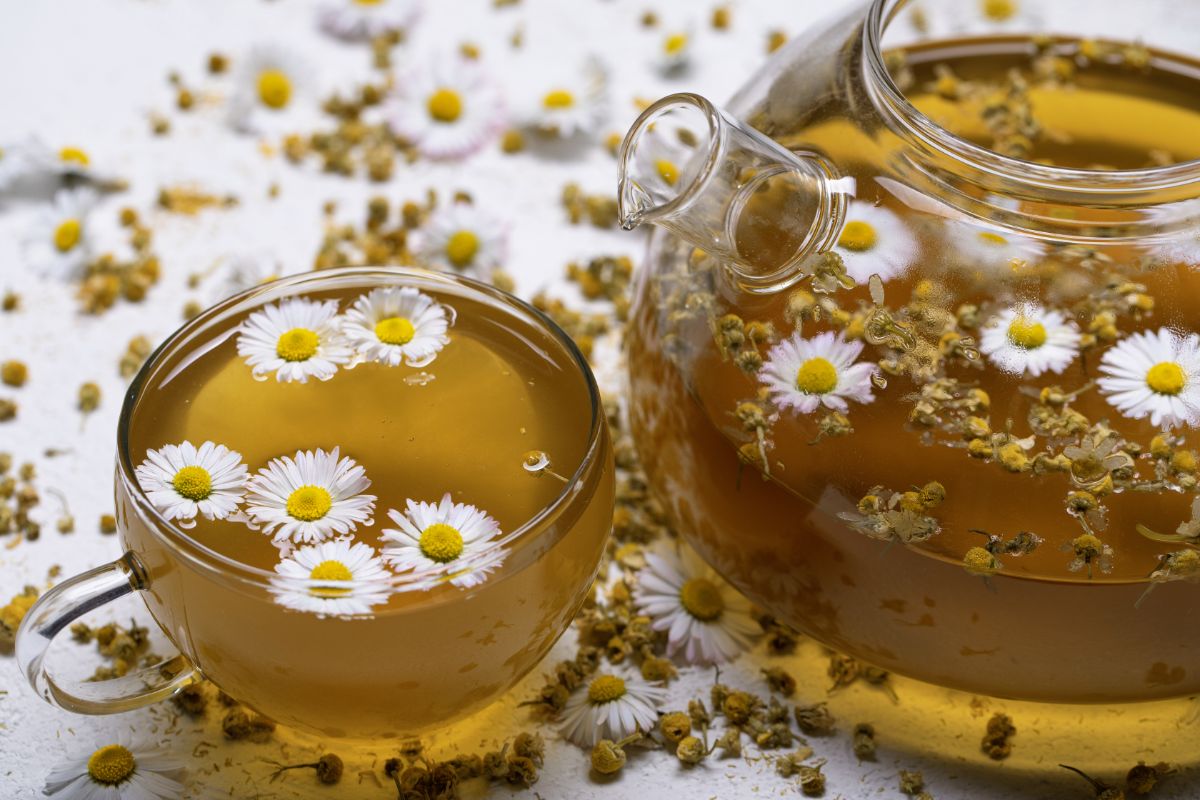 You don’t just need to drink stimulating tea to improve your studying capabilities. It’s important that you also take something relaxing to wind down and help your brain rest afterward.

This is why Chamomile tea is next on our list — it can help you in more than one way for your studies. It’s one of the best teas to take before bed and is incredibly effective in reducing stress and anxiety.

The amount of pressure when studying can ruin your quality of sleep, which in turn impairs your ability to retain and recall the lessons you just studied. Cozying up with a warm cup of chamomile tea before bedtime may end up being one of the best methods to support your studies.

Whether you’re preparing for a big exam or the next pitch at work, your brain could always use a nutritious boost now and again. Sipping on any of the best teas for studying is a great way to improve your concentration and memory recall. Drinking the right kind of tea at the right time may just be the key to your success!

There are many benefits to Bacopa Monnieri Tea including improving memory retention and lessening stress and anxiety. Check out our online shop to try out this tea!